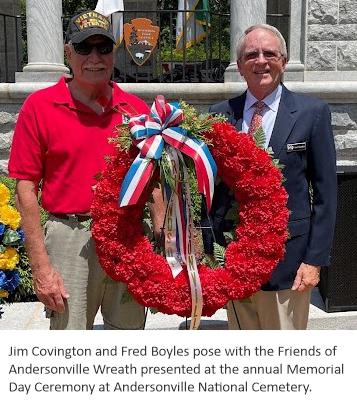 After a two-year hiatus, Memorial Day was back at Andersonville National Cemetery. The park was adorned with flags including all 50 state flags at the National Prisoner of War Museum, the Avenue of Flags along the roads in the Cemetery and the small flags placed at each of the 20,400+ graves. Rolling Thunder Chapter III placed the Avenue of Flags in the Cemetery a week before the holiday. On Saturday morning over 240 volunteers, including various youth groups, descended on the cemetery for the huge task of placing flags at each headstone. This tradition of connecting young people with this patriotic act of service is an important educational outreach of the park. 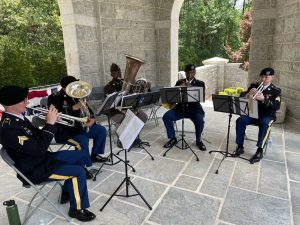 The traditional ceremony took place on Sunday afternoon, May 29th. Superintendent Gia Wagner welcomed the 200 visitors gathered and noted how wonderful it was to hold the event after taking two years off due to the pandemic. The U.S. Army’s Maneuver Center of Excellence Band led by Staff Sergeant Johnson provided inspirational music for the day. The Americus Fire Department Color Guard provided the national ensign for the program. Father Richard Nelson, Rector of Cavalry Episcopal Church in Americus, offered both the invocation and benediction. Friends Chair, Fred Boyles, recognized all veterans and service members in attendance. Congressman Sanford D. Bishop (2nd Dist., Ga.) spoke about the significance of the holiday and introduced the speaker, Lieutenant Colonel James E. Wolfe, USAF, (Ret.). Lt Col Wolfe is the Commander of the John D. Mathis Post 2, American Legion. His inspiring remarks focused on those who paid the ultimate sacrifice for the country. Prior to the playing of Taps by the band, wreaths were presented by various service organizations.

“This being my first Memorial Day Service, I was moved by how many people came to the park to take in the beauty of the place and to remember those who gave their lives for all of us,” stated Gia Wagner, “I especially appreciate the efforts of our volunteers who assisted our staff to make the holiday meaningful to our visitors.” 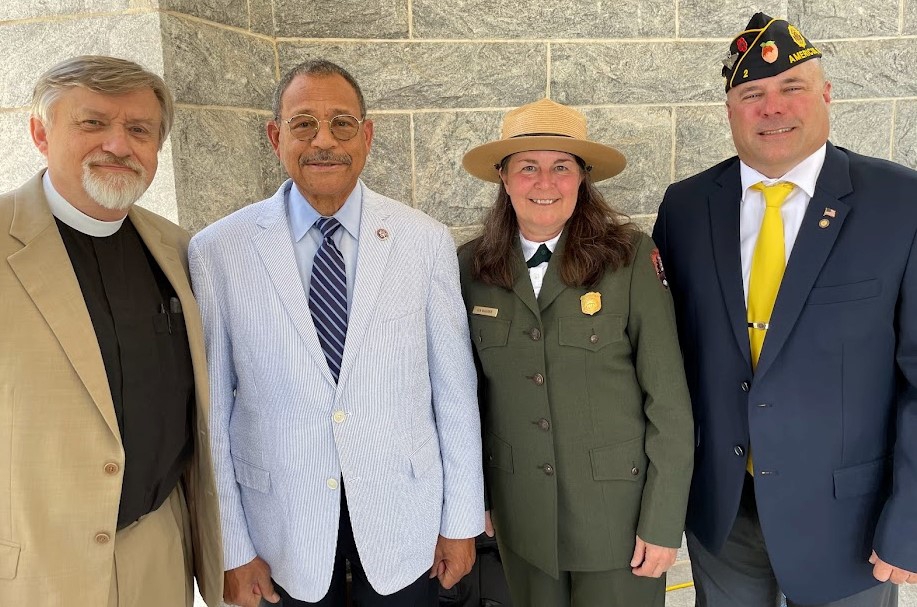